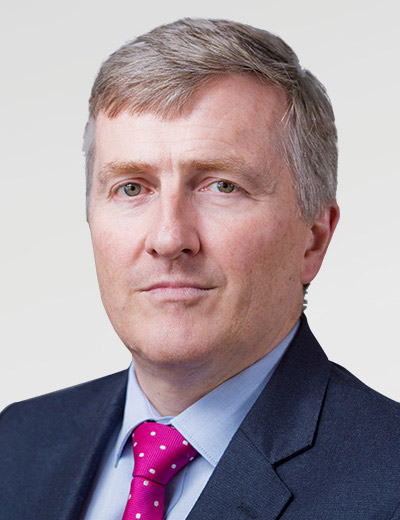 UK individual penalties have dropped to their lowest level since the 2008 financial crisis, according to a report from the global compliance and regulatory consulting practice, Duff & Phelps.

In its Global Enforcement Review, complied for the financial services industry, the regulatory advisor presents analysis highlighting that the degree penalty amounts against individuals have dropped to new lows.

The 2018 review, a long-running annual report which is now in its fifth year, states that between 2016–2017, the  fall in UK penalty amounts against individuals can be attributed to global financial regulators switching their focus from imposing large fines against firms to making individuals more accountable; pushing those individuals to improve their ability to detect misconduct earlier through both data and technology.

Duff & Phelps’ analysis of large enforcement cases, which has been collated by Corlytics – a global provider of insight analysis into regulatory risk –  shows total penalty amounts globally climbed 30% between 2015 and 2017 to 26.5 bln usd.

The data shows this decline is particularly evident in the U.S., UK and Europe.

Total UK individual penalties rose markedly to 866 mln stg in 2017 from 71 mln stg in 2016, though this can be explained in part by two large penalties issued separately by the Serious Fraud Office (SFO) and the Financial Conduct Authority (FCA) totalling 673.3 mln stg, Duff & Phelps’ data shows.

However, UK individual penalties dropped significantly from 18.8 mln stg to £970,000 over the same period; the lowest amount on record since the financial crisis in 2008, the data shows.

In line with the global picture, total penalty amounts in the UK are forecast to be lower this year, having reached just 175 mln stg in the first six months of 2018.

With the introduction of the Senior Managers and Certification Regime (SM&CR) for banks in 2016, which is being rolled out to all firms by December 2019, enforcement cases and penalties against individuals can reasonably be expected to rise in the UK over the next few years, according to Duff & Phelps.

Importantly, individuals holding senior management positions within the banking sector should note, the FCA published changes to the SM&CR (effective from 4 July 2018), stating:

In Europe (excluding the UK), total penalty amounts from enforcement action against firms fell significantly, from 527.5 mln eur in 2016 to 109 mln eur in 2017 – however, it should be noted the 2016 total is skewed by three large benchmark cases totalling 485 mln eur.

According to the data, activity in Europe has been bolstered by more active enforcement from regulators such as the European Commission, Central Bank of Ireland and France’s Autorité des Marchés Financiers.

Globally, according to the data, the trend from 2013 to 2017 shows on average a notably larger proportion of total penalty amounts being levied against individuals in southern hemispheres compared to northern hemisphere jurisdictions: Hong Kong (34%), Singapore (62%) and Australia (32%) – all recorded higher proportions than the United States (2%), UK (7%) and Europe (1%).

What the expert says

Managing Director of Regulatory and Compliance Consulting at Duff & Phelps, Nick Bayley, commented for IMS StratNews on the findings:

“Massive fines on firms have lost their power to shock, not just in the industry but also among the public. The declining penalty amounts from previous years in the UK point to the end of the big benchmark manipulation cases – but also potentially suggests a change in regulators’ enforcement approach and their faith in the ability of big fines alone to change culture: Regulators globally are also using a wider range of enforcement tools in an attempt to improve conduct.

“The UK regulators have led the way in promoting the importance of individual accountability through the SM(&)CR, something which has been subsequently mirrored in Australia (‘BEAR’), Hong Kong (‘MIC’) and Singapore (‘Individual Accountability and Conduct’).  As a result, we can expect the FCA to increasingly focus on enforcement action against individuals, as it seeks to make the new regime bare its teeth. However, as the majority of UK financial services firms will not be in scope of the SM(&)CR until 2019, combined with the time for regulators to investigate and conclude cases, we expect it could be up to three years before a significant increase in penalties against individuals start[s] to come through.

And his wider view …

“While regulators are revising and updating their priorities, we saw the potential for unforeseen issues such as the LIBOR and FX cases to arise or new market developments and risks [to] emerge, which inevitably will shift regulators’ attention and their resources.

“Regulators globally are investing in their technology capabilities, which in conjunction with more granular regulatory reporting, should enable them to detect misconduct more quickly and [make] greater use of early intervention and disruption techniques,” Nick Bayley concludes.

Duff & Phelps is a global advisor that aims to protect, restore and maximise value for clients in the areas of valuation, corporate finance, investigations, disputes; cyber security, compliance and regulatory matters, and other governance-related issues. The firms works with clients across diverse sectors, focused on mitigating risk to assets, operations and people.

Following its acquisition of Kroll, a division of Duff & Phelps since 2018, the firm has has expanded its work force to include nearly 3,500 professionals in 28 countries around the world, it reported. For more information, visit www.duffandphelps.com.