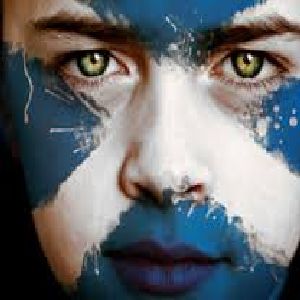 There are very few occasions that are momentous, despite the word being over used for both the significant and the mundane. However, it’s unlikely that too many people will view today’s Scottish Referendum independence vote as anything less than just that – momentous.

After three hundred years, the prospect of the 5 million population nation breaking its ties with the rest of the United Kingdom hangs in the balance and, as broadcaster after broadcaster reports, it ‘is too close to call’.

What this debate has done is revitalise notions of libertarianism (decentralisation), exposed political arrogance at it most ignorant and revamped the personas of past government leaders who, to all intents and purposes, seemed to have been kicked to the kerb permanently.

The latter includes former UK Prime Minster – of Scottish origin – Gordon Brown, who only two days ago laid out why he supports the ‘No’ campaign.  As he was interviewed by the somewhat hostile veteran UK interviewer David Dimbleby, Brown talked about the importance of allocating spending ‘according to need’, should the ‘No’ campaign succeed – thereby justifying why spending per head should remain higher for Scottish residents compared to English, Welsh & Northern Ireland residents. This, he laid out, is because Scotland proportionately has a higher population of elderly residents than the other three members of the UK family.

Even as he spoke it became apparent, again, just how foreign the century-old concept of support-based-on-need still remains for many people, and how innately some seem to recoil at notions of libertarianism.

Meanwhile, there is a certain degree of cynical humour engendered by the efforts of Westminster leaders of the main parties, (Conservative, Labour & the Liberal Democrats), turning up in Scotland for a family gathering, like disrespectful teenagers after the adults have already identified the major problems and the need for change – claiming that their declarations of regret and remorse really are now genuine and that they care whether the family stays together after all.  A perception that has made the ‘No’ campaign’s push that much harder.

It’s obviously a complex debate (and almost heart-breaking for some of us who are still a part of that family as we know it). It doesn’t, or shouldn’t be based on issues of Scottish nationalism – who is more Scottish.  Rather, it’s a debate about alienation, disregard and feelings of second-class status for a Scottish population, (and I say this as an English national), which has produced individuals who have given so much to the union in terms of science and culture – and indeed to the world in both areas – as well as bringing a much needed level of intellect to Westminster’s parliament as Scottish MPs.  It’s a debate about a region which, nevertheless, has often been viewed as an adjunct to the UK, primarily valued for its good natural resource supply and space to lodge nuclear weapons; some reasons for resentment me thinks.

The latest YouGov survey, conducted on behalf of The Times and The Sun, puts the ‘No’ vote at 52 percent with the ‘Yes’ vote at 48 percent.

Of course, wider macro-economic and investment implications can’t be ignored if the ‘Yes’ campaign is successful:

Boost ETP head of research Viktor Nossek argues that Scottish secession will weaken fiscal fundamentals and expose the UK to unwarranted credit risks. Coupled with diminished political clout within the EU and internationally, and an increased risk of ‘Brexit’, UK equities risk being de-rated, he says. 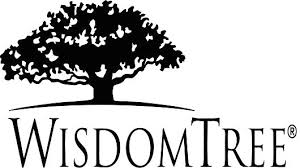 Nossek says it’s too early to tell whether permanent damage has been done to both safe haven and risk assets in the UK.

He adds: “Until clarity emerges well after the vote …it may be prudent for investors to hedge their exposure to UK debt and equities.”

Nossek says it’s too early to tell whether permanent damage has been done to both safe haven and risk assets in the UK, but the pound has lost 1.7 percent against the dollar in August and 2 percent in September so far.

Boost adds downbeat sentiment has also hit the UK’s bond markets, but, bond yields on 10 year UK Gilts have risen back to 2.7 percent, effectively recouping the 27 basis points lost over July and August. “Sentiment in UK money markets is also tense, as evidenced by the spike in short term interbank lending rates and UK government bills this month”, Boost says.

Nossek adds: “Whatever the result, there is likely to be protracted negotiation thereafter (over the form of independence, or what powers will transfer to a ‘devo-max’ Scotland).

Alex Salmond, the SNP’s leader, of course argues that a devo-max option would not be put on the table by the current conservative-end of the existing coalition government, should the ‘No’ campaign succeed.

Nossek’s focus however is on UK debt, with him arguing that this is one of the biggest sticking points in relation to a successful succession vote: “How much debt  [the] rUK should assume when it loses its claim on Scotland’s tax revenues (and expenses) and how much risk is born with it.

“Given the UK Treasury’s commitment to service all current outstanding government debt, the exclusion of Scotland’s GDP from the national account would mean a higher degree of rUK government indebtedness vs. rUK GDP,” he says.

Nossak argues that this concern was heightened by Scotland’s separatists threatening to stop servicing rUK’s national debt, if Westminster refuses to share the pound with Scotland.

He further anticipates; “Because Scotland’s and rUK’s credibility are both at stake, a compromise should emerge, with Scotland paying some of its share to holders of UK government bonds and bills, possibly in the form of extending the maturity of debt and/or lower interest rates.

“While technically rUK’s gross government debt as a percentage of GDP may go up if Scotland becomes independent, relative to tax revenues it may well not change much.

“Longer term however, the oil revenues that rUK loses from Scotland will likely be more than offset by gains derived from no longer having to finance Scotland’s relatively high expenditure.

“Reliant on volatile crude oil prices and ever shrinking oil and gas reserves, Scotland’s main revenue contribution to the union is uncertain and in decline. Yet Scotland’s aging population is certain to drive higher fiscal transfers from Westminster to Edinburgh, unless Scottish taxes are raised. Independent analysts generally forecast Scottish budget deficits at more than 5 percent of GDP for the foreseeable future,” Nossek says.

Some supporters of succession say market players should look to Ireland/Eire for a model of how a determined small country can reconstruct its economy in the face adversity, in stark contrast to the inertia in a bigger country such as Italy.

According to IMF calculations, Ireland is still generating more income per capita than the UK. ‘Yes’ supporters say a strong national identity can give enough impetus to a government to be immediately proactive when faced with difficult economic conditions and that, by being a smaller nation, there is more room for manoeuvrability.

In addition, ‘Yes’ supporters argue, an independent Scotland will have control of  90 percent of the UK’s current oil-producing assets, allowing it  to further develop its private sector from tax revenues in the foreseeable , as well as developing unique  public services.

BOOST ETP is a WisdomTree Company.